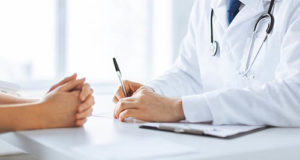 Addiction Medication Clinic is an outpatient Suboxone clinic opening in Laurel, Maryland in 2021. Convenient hours and 15-minute appointments are ideal for people balancing work and family obligations who are working to overcome an addiction to fentanyl, heroin, and other opioids. We are committed to providing respectful and efficient service to our customers. Contact us by reaching out online or calling 833.360.0061 to get information about our hours and policies.

Suboxone is a Schedule III drug that is used to help people with treatment-resistant opioid use disorder. Side effects of Suboxone sublingual strips include headache, drowsiness, mouth redness, stomach pain, trouble concentrating, and physical dependency. They should never be taken with benzodiazepines, methadone, or any other opioids. Suboxone films contain two ingredients: buprenorphine and naltrexone. They are prescribed in the following doses:

Buprenorphine was first developed in the 1970s as a less addictive opioid than heroin and morphine. When taken orally as prescribed, buprenorphine is effective at treating pain without producing the incapacitating euphoria caused by more addictive opioids. It has been shown to reduce cravings and symptoms of withdrawal. As a partial opioid agonist, Buprenorphine has a relatively high safety margin when taken by itself and has a low risk of lethal overdose. Buprenorphine is not a miracle drug; if people want to get high, they’re going to find a way to get high. The second ingredient in Suboxone further prevents people from using heroin, fentanyl, and other opiates.

Naloxone, also known as Narcan, is the standard treatment administered to immediately reverse the effects of an opioid overdose, restoring breathing and consciousness. This FDA-approved opioid antagonist binds to opioid receptors in the central nervous system in order to block and reverse the effects of an opioid overdose. A person who does not have opioids in their system will not be affected by the administration of naloxone. It can be administered in the following ways:

While Suboxone strips are not a miracle drug or a cure for opioid addiction, they offer a second chance to people whose lives have become unmanageable due to the effects of the opioid epidemic. Prescribing opioids to opioid addicts is a controversial treatment method for obvious reasons. At Addiction Medication Clinic, we believe that people should have the right to make informed decisions about what drugs they put into their bodies. Suboxone is habit-forming, and tapering off the drug is a slow, difficult process. It is not appropriate for casual drug users of any kind.

Contact Addiction Medication Clinic’s brand new Prince George’s County facility to schedule a 15-minute consultation with a Suboxone doctor. You can reach our office during business hours by calling 833.360.0061.